Posted on June 15, 2014 by lucindasrunningblog 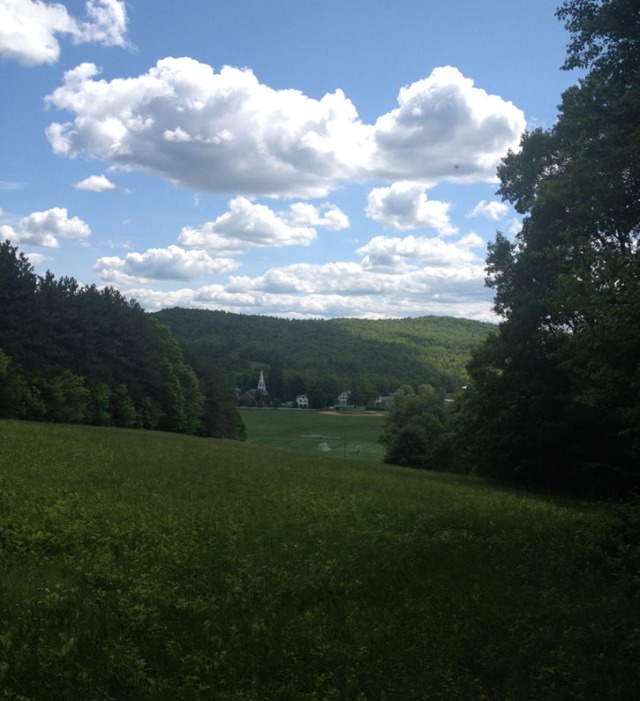 From the Potato Patch

Last weekend, I traveled to Kimball Union Academy in N.H., where I was a student from 1979-1983. I’d been invited to give a presentation on my work to faculty, staff, and alums, and as I began to prepare my talk, I realized that this was an opportunity to reflect more deeply on my high school years.

I began by opening up a box of paperwork that my mother had asked me to take off her hands. In the box I found poems of love and heartbreak, teen-age letters written home, and a stack of  high school grades. I took a deep breath and began to read. By the end of my high school career, I was on the honor roll and was given an Athlete of the Year trophy, but I’d forgotten how poor my grades were before that. I read through some cringe-worthy evaluations, including one from my freshman English teacher, Mr. Holland, who wrote, “Her main problem is that she consistently makes certain fundamental writing errors which she shows no interest in correcting.” What can I say, I was distracted! Sifting through the box was a worthwhile process, but before leaving for New Hampshire, I decided to have a driveway bonfire. I’m developing stricter standards for what takes up room in my closets!

My childhood was largely spent in rural Northern Vermont, moving and changing schools every few years. When I entered KUA as a freshman, I had some academic catching up to do, as well as some major cultural adjustments to negotiate. Those four years were tough, and I left KUA with decidedly mixed feelings about my high school experience. But something shifted last weekend. There was suddenly space for gratitude, as I realized that I’d spent those four years in boarding school struggling to develop courage; learning how to make mistakes and recover, how to change, how to be vulnerable and strong simultaneously; and learning how to be comfortable with ambiguity. Guessing that there might be others in the audience who could relate, I shared some of these insights during my presentation.

In the afternoon, after the post-talk chat, I decided to take a run down the hill to see if I could find the old ski trails. It took a while to find the entrance, but once I was in the woods, I could practically remember every hill and turn. I skied those trails so many times in high school that the memory of the terrain is embedded in my cells. 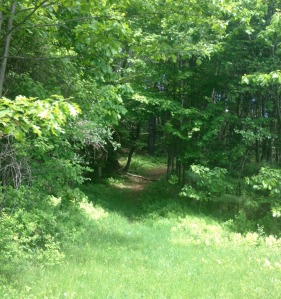 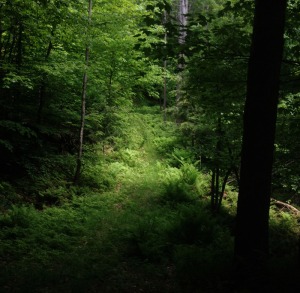 Later that afternoon, at a reception back on campus, I ran into John and Anne Donaghy. They had co-coached the Nordic team and John had also been my favorite English teacher. I’d been thrilled to run into Anne a few years ago at a NENSA skiing event (blogged about in Very Good But Old Fashioned), but I hadn’t seen John in 29 years. Within minutes we were talking about running, skiing, and Jacques Lacan. I was quickly reminded of John’s edgy wit and how formative he was in my development as a thinker, writer, and, athlete.

The weekend was much richer than I’d anticipated. I departed with an understanding that adaptability is one of my strengths–as an artist, an academic, and a human being–and after all this time, I could suddenly see that Kimball Union created a context for the development of that strength. Gratitude.

Lucinda is an artist and teacher whose work focused on landscape and place. Bliss currently serves as Dean of Graduate Studies at Massachusetts College of Art and Design
View all posts by lucindasrunningblog →
This entry was posted in Running, Uncategorized, X-C Skiing and tagged Aravaipa Running, Kimball Union Academy, stories, Trail Running. Bookmark the permalink.